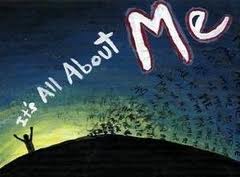 Three nearly identical stories shared with me in just two days that really hit my hot buttons. These were stories of individual and/or group annoyance, confusion and heartbreak caused by narcissistic control-freak bosses.

Most of us at some point in our career have worked for a boss like this. Bosses who aren’t self-aware or open to feedback, so no amount of magic or mojo will help them listen. They don’t care how much we care or have to tell them or want to help them.

I get it. You’re frustrated, need to let off a little steam but can’t do anything that would put your employment at risk. So let’s try a different angle. Print the following letter, maybe change-up some of the facts to fit your situation, and place it on his or her desk.

Perhaps you can enlist others in your organization to quietly participate because maybe, just maybe, if the feedback comes from enough angles and sources, perhaps their veil of self-importance and specialness can be pierced.

I’ll keep my fingers crossed for you (and for your narcissistic boss to see the light)!

Yesterday’s staff meeting was a tour de force. You were articulate and forceful as you pointed out the shortcomings of each department. I was awed by how you controlled the meeting.

In working for you, I’ve learned how much you dislike being out of the loop and not having all the facts readily available. The purpose of my letter is to bring some facts to your attention. That way, you’ll have a complete picture of the situation and perhaps know better how to handle the problems. Here goes.

• You were upset that marketing hadn’t launched the new campaign. What you aren’t aware of is that you said you wanted to approve the plan before it went live. The file is on your desk and in your email. It’s been there for two weeks, and you’ve been too busy to look at it.

• You said it was inconceivable that hiring was so far behind schedule. You’re most right that our ability to serve our customers has been compromised by the delays. But the secret behind the hiring backlog is that you fired the HR lead for unacceptable performance because he had suggested you would benefit from working with an executive coach.

• You accurately pointed out that operations and engineering aren’t working together and, in fact, are working to undermine the other. That’s regrettably happening since you pitted one against the other when you blamed the department heads for last quarter’s performance falling short of projections and threatened to fire them.

Why am I sharing these facts via an anonymous letter instead of talking to you? There are lots of reasons: you’ve made it clear you don’t value my opinion or what your team thinks; we all saw what happened to the HR lead who just wanted to help you; and I really, really care about this company and want it to succeed.

I know how the CEO views you is important to you. Here’s your chance to fix some problems in your division and invest in some personal development before it’s too late, and his good opinion of you changes.

If we succeed, you succeed, too; but if we fail, so do you and I know that’s something you never want to have happen (and neither do I).

An employee concerned for the future

» The team at BIG is delighted that the Wall Street Journal highlighted this post in their December 11, 2012 At Work section. Thank you, WSJ!

4 Responses to Anonymous letter to a narcissistic boss