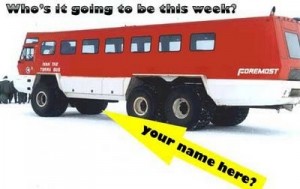 Convinced you’re stuck with the worst boss in the world? Well, your boss may have serious competition according to a five-year comparative study of bad bosses commissioned by Lynn Taylor Consulting.

According to this study, seven out of ten people believe bosses and toddlers act alike. Being self-oriented is noted as the top offending boss behavior. Being stubborn, overly demanding, impulsive and interrupting round out the top five.

A 2010 Gallup management study of one million employed workers confirmed that having a poor relationship with the boss is the number one reason people quit their jobs. “People leave managers, not companies … in the end, turnover is mostly a manager issue,” Gallup wrote in its survey findings.

While you can’t control how your boss behaves, you are in total control of how you choose to manage the bad boss situation.

•Is your boss a glory grabber who takes all the credit for your good work?

Sure it rankles to see the boss accept all the praise and fail to mention your contribution, but there are a few things you can subtly do to favorably remind others of your involvement. Send e-mails containing pertinent work information to your boss and include other key management personnel in the distribution. Casually mention your input on a project if you get to share an elevator ride with your boss’ boss.

•Are you dealing with a weather vane boss who changes the rules without notice?

The most effective way to deal with this impulsive behavior is to clearly define the work outcomes with your boss when the assignment is given, and then send a confirming e-mail to him/her that outlines the established expectations. When your boss flip-flops on what is to be done, calmly share the e-mail and renegotiate the results.

•Does your boss remind you of a helicopter hovering overhead, constantly interrupting and micromanaging your work?

First, you need to recognize and accept your boss’ deep-seated need for control; and then manage around it. Reassure him that you have the bases covered and keep him updated on your progress by sending periodic e-mails, reports, phone calls, a quick coffee chat or whatever communication vehicle your company uses.

•Could your boss be doubling as a secret agent, that mysterious person who’s missing in action and who communicates irregularly?

With a boss like this, you’ve got to take responsibility for getting on her radar (sure it’s a pain, but failing to do so only hurts your performance review) by scheduling meetings or popping into her office to quickly chat, ask questions and confirm work assignments.

Bad bosses typically fall into one of three categories:

If your boss falls into category one or two, discuss your concerns directly with him. Organize what you want to say, present it in a thoughtful manner and don’t respond in anger (because that only hurts you).

If your boss falls in the last category and/or may be behaving unlawfully, talk to your HR representative if your organization has one; otherwise speak with another trusted person in management or decide if you can continue to work for the company.

A WomenBIG reminder: always take the high road in dealing with bad bosses so your performance is above reproach.