I’d grown up seeing my dad work hard. He was a man’s man, a successful manager, and no stranger to long hours. As a small child, I remember balmy summer evenings when my mom, little sis and I would sit in chairs on the front lawn, watching the stars and waiting for Dad’s car to pull into the driveway.

As the oldest of three daughters, I’d become the de facto son and opted for a career in management to follow in his beloved footsteps. Dad prized my early achievements, telling me, “If you put your heart and mind to it, you can do anything a man can do – and do it even better.” I took his advice to heart and got to live my dream of being a vice president for 15 years.

Then one day after yet another merger, a new boss unwittingly set the wheels in motion for changing my life when he described me as “Aunt Polly” to the new firm’s CEO. My boss didn’t mention all the impossible assignments and projects I’d delivered ahead of time and below budget,  just “Aunt Polly.”

Astonished, I asked him what he meant. His answer? I was a soft, round woman who inspired people. Egads! The acquiring company was male dominated, and I had been introduced to them not as an accomplished business woman but as Aunt Polly, soft, round and inspiring. Don’t see those metrics on business scorecards. Feeling compelled to prove my abilities, I worked even more hours and made sure the work of my department was brilliant, on point and above reproach. Let’s show those fellas what ole Aunt Polly can do.

Aunt Polly was a cosmic two-by-four with a powerful whack, forcing me to re-evaluate my thoughts on power, success and making a difference. Sure, by corporate standards I had made a difference. However, in terms of making a meaningful impact on someone’s life, rather than just making the bottom line better, had I really made a difference? That was the question Aunt Polly kept whispering.

To my delight, I was selected to participate in a prestigious national leadership program for female telecommunication executives. I was one of twenty-four powerhouse women participating in a year-long curriculum where we would learn how to increase our business prowess, build workplace political savvy, and deal with paradigms. We would also create a personal vision for our long-term accomplishments by taking the business elements of strategy and process improvement and applying them to our personal and professional development.

Wearing my business woman hat, I approved this logical and results-oriented approach to mapping out where we wanted our lives and careers to go. But when I put on the Aunt Polly hat and viewed the vision work from the perspective of one who had wanted to make a positive difference, the process wasn’t quite so straight forward.  That year was a mental, emotional, physical and spiritual roller coaster ride for me I as pondered success, power and my place in the business world.

Three years after his remark, I finally understood why Scott’s Aunt Polly description had been so unsettling. Because I didn’t fully understand power at the time of his remark, his portrayal upset me because it sounded weak and powerless. He had described me as feminine, someone who takes care of others, when I had thought of myself as one of the guys – a bold over-achiever who took charge and made results happen. That’s when I realized I had misinterpreted Dad’s words. He had said I could be better than a man, he didn’t say I had to act and think like one. He had wanted me to feel confident I could do my best. Instead, I thought power was beating the guys at their own game, and I couldn’t have been more wrong. 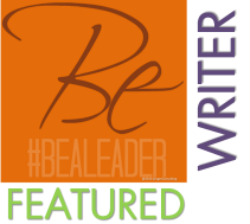