A new book, The Character-Based Leader: Instigating a Leadership Revolution… One Person at a Time was written by 21 members of the Lead Change Group: a virtual community of authors, business owners, thought leaders, and academics who share a passion for leadership.

Character-based leaders lead from the power of who they are, rather than from their position of authority or designated job title. People who lead with character don’t wait for others to make something right. When they see a need, they move to close the gap. The book combines current leadership thought with personal stories, providing compelling messages, tools and insights for those seeking to enrich their own leadership style.

6 thoughts on sparking a character based leadership revolution

Mary C. Schaefer on engagement. “The relationship between leaders in Corporate America and employees today has me concerned. It’s as if a number of leaders in top positions have lost track of the very distinctive value their human resources bring, to make their businesses prosper. If we are to capitalize on the unique value of human beings at work, the fundamental relationship between people who are employees and those who endeavor to lead them must change. Those relationships must be stable and respectful, supported by leaders making decisions based on sound principles versus shortsighted reactivity.”

Don Shapiro on choice. “All violations of trust come down to people making bad choices. This isn’t about skills or techniques or methods. It’s a crisis of choice. Everyone will face choices that affect other people and organizations. Some of those choices deal with questions of right and wrong. Others are about the willingness to address a problem instead of ignoring it. And many choices are simply about speaking up instead of doing nothing. For every error of commission, there are many times more errors of omission… simply saying and doing nothing when a situation cries out for just a little leadership.”

Monica Diaz on integrity. “I am sure for many of us, honesty and strong moral principles are the sine qua non (or absolutely necessary characteristics) of Character-Based Leadership. Honesty sounds simple enough, though we could dedicate volumes to the ways it goes unattended in current leadership practice. But what about moral principles? We shy away, and understandably so I believe, from moralizing in the context of leadership training or discussions because moral arguments can be closely related to religious issues, cultural values and extremist views of right or wrong. Moralizing usually does not present an inviting or compelling path to join in. It separates and alienates more than it helps, mainly because moralizing is usually about the ‘I am right and you are wrong’ point of view. Let us step away from moralizing to explore what is ‘moral’ in the leadership arena. Perhaps we can find greater agreement if we focus on that which makes leadership effective, sustainable, enriching and inviting; which brings out the best in each person involved. Likewise, we can strive to avoid all that proves ineffective, destructive, unsustainable and, in short, that which brings out the worst in us all. I know, ‘best’ and ‘worst’ can still be a matter of debate, yet the easiest way for a leader to access the wisdom to tell the difference is by looking within.”

Dan Rockwell on humility. “Humility can be learned, but not in theory, only in practice. I believe we can we teach ourselves humility. Thomas Watson said, ‘Nothing so conclusively proves a man’s ability to lead others as what he does from day to day to lead himself.’ Your leadership success depends on your ability to lead yourself into the essential quality of humility.

Chery Gegelman on servant leadership.  “For many of us it has taken a life-altering circumstance or a season of brokenness before we really understood that life and leadership really is not about me. That lesson becomes our defining moment and causes us not just to be willing to bend our knees and serve others, but to actually desire those opportunities. We begin to realize that each time we serve others from the deepest part of our hearts, we are filled with intense compassion and new insights.’

Page Cole on the power of compassion. “I walked up on a conversation between my dad and the janitor one evening as my dad was asking him about each of his kids, and calling them by name. That may not seem like a big deal, but it is. The janitor happened to work at the university where my dad had served as president for 17 years. Dad had recently retired, and was back for a building dedication of a $24 million Fine Arts building. Raising funds and building this facility had been the focus of his final years as president. We were leaving early because my dad was feeling poorly, having recently been diagnosed with cancer. But on what was a huge night for him, at a time that he was feeling poorly, he stopped for a moment to check on a former employee.”

Disclosure:  BIG’s Jane Perdue is also one of the 21 authors of The Character-Based Leader. 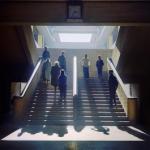 Be authentically real but not rudeIt's not your dad's management anymore 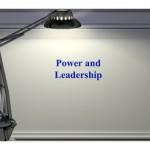 4 Responses to Sparking a leadership revolution