The BIG team’s Friday leadership favs are an eclectic collection of articles, blog posts, quotes and whatever else caught our eye this past week. Some items are recent, others are old. Some are mainstream, others are eclectic. Lead BIG!

Feeling like you aren’t making as big a difference as you’d like to? Listen to this funny and inspiring six-minute talk, then come away renewed. Often we affect change one person at a time, unaware of the ripples of positive impact we began.

The BIG team believes great leadership knows no gender, race or ethnicity. In reading the 175+ comments to this post, others don’t share that belief (particularly with regard to gender). Fascinating stuff. (Disclosure: BIG’s Jane Perdue is a commenter.)

Are You Ready to Speak Up? (Susan Mazza on Random Acts of Leadership)

Susan sums it up best, “Speaking up as an act of leadership isn’t about what you have to say, about being heard, or even about being understood.  It is about the difference you want to make by speaking up.”

Dawn asks communicators to consider how their message will be received and interpreted by the message recipient – an interesting twist that underscores the importance of clear communications.

Some very interesting research sited here about Twitter being more of a broadcast medium than a social exchange.

More CEO’s and Boards of Directors should heed John’s advice on the value of culture and the impact it has on performance and engagement.

Quote of the week: Not fixing others gives you the time you need to take responsibility for your own life. ~Paul Ferrini 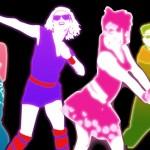